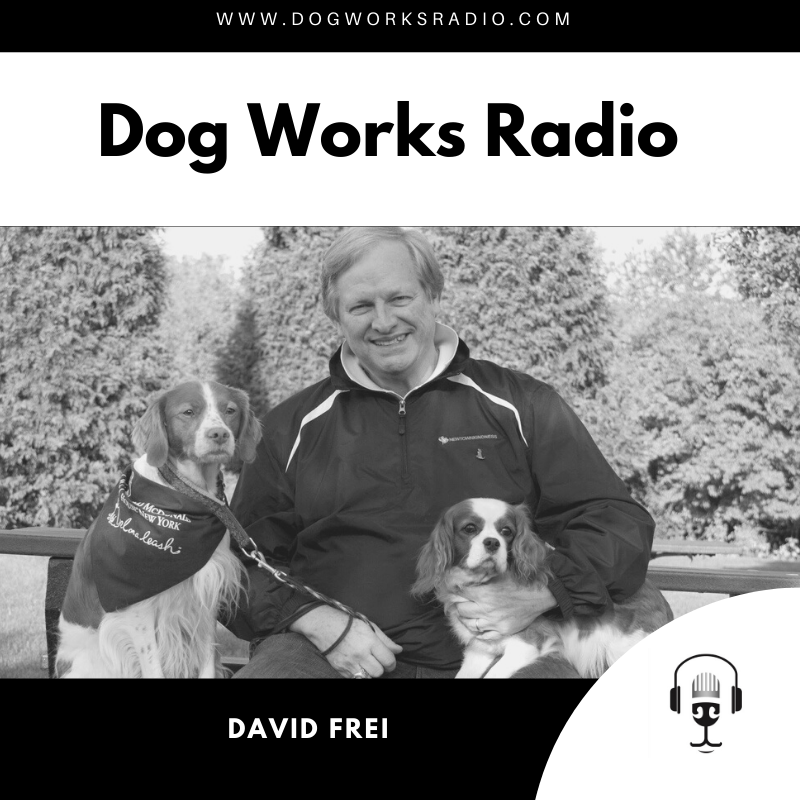 Join host Robert Forto as he welcomes David Frei to on Dog Works Radio. On this episode we talk about the upcoming Beverly Hills Dog Show on NBC, dog sports, therapy dogs and more. 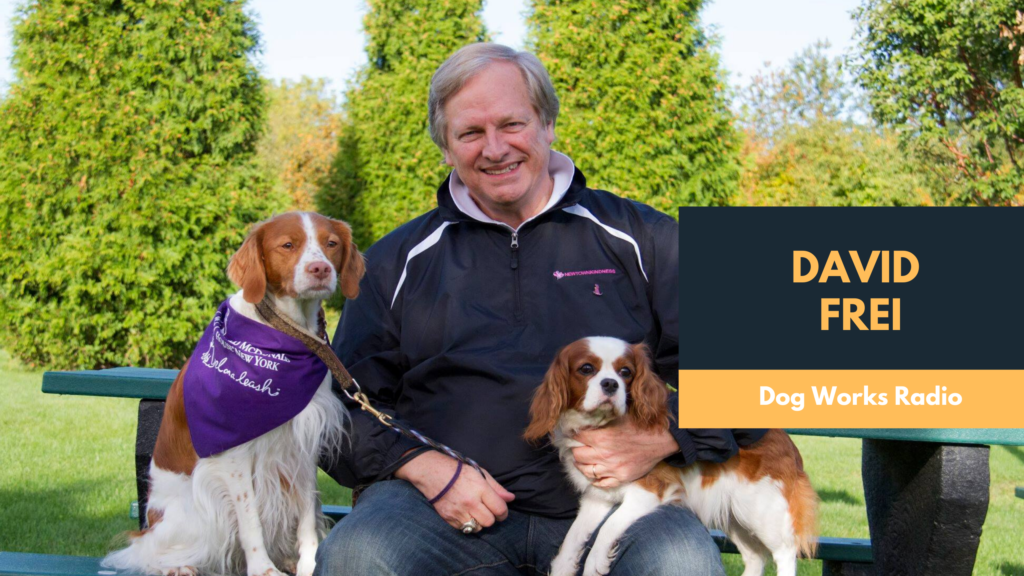 David has officiated dog shows all over the world, and has served as NBC’s broadcast host of the National Dog Show for 19 years and the Beverly Hills Dog Show for the last four years. He also hosted television coverage of the Westminster Kennel Club Dog Show for 27 years. A successful former breeder/handler/owner, he is proudest of the work his therapy dogs have done at the Ronald McDonald House of New York, the Memorial Sloan-Kettering Cancer Center and the New York VA Hospital, among other health-related institutions. Frei’s first book, “The Angel by My Side” (Hay House Publishing, 2002, with Mike Lingenfelter), claimed two Dog Writers Association of America (DWAA) Awards. His latest book, “Angel on a Leash” (BowTie Press, 2011), also a DWAA award winner, tells of his years of experience and work with therapy dogs. Frei was inducted into the Dog Writers Association of America Hall of Fame in 2018.

Host, Michele Forto’s Bio: Michele Forto is the lead trainer for Alaska Dog Works where they train dogs for service work, obedience and more. Michele is also the business manager and husky wrangler for Team Ineka. When Michele is not training dogs she loves to travel on their annual Rock n Roller Tours where she and Robert hit up rock concerts and roller coasters around the country.

Host, Robert Forto’s Bio: Robert Forto is the training director for Alaska Dog Works  where they train dogs for canine obedience, working dogs, therapy dogs and service dogs for clients all over North America. He is also a dog musher and he and his wife operate a 40-dog mushing kennel in Willow, Alaska, called Team Ineka. They can often be seen at local races and leading expeditions in the Alaska backcountry with outdoor leadership students at the University of Alaska. Robert is the producer of Dog Works Radio that has been on the air since 2009 and is currently simulcast on a local radio station, KVRF in Palmer, Alaska.