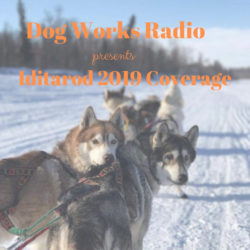 Join hosts Robert Forto and Alex Stein as they present their daily coverage of the 2019 Iditarod. On this episode: Kick Off. Today was the ceremonial start in downtown Anchorage where 52 mushers and their teams hit the trails for eleven miles through town and the woods. The re-start starts tomorrow in Willow and when the real race begins.

Robert and Alex will be hitting the trail on snow machines to a few of the first checkpoints to see the action up close. We will be airing a show every night for the next couple weeks. We hope that you will join us. 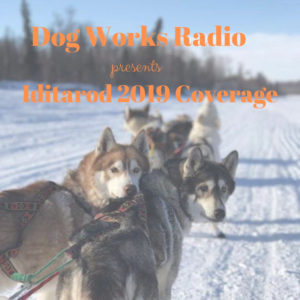 Host, Robert Forto’s Bio: Robert Forto is the training director for Alaska Dog Works where they train dogs for canine obedience, working dogs, therapy dogs and service dogs for clients all over North America. He is also a dog musher and he and his wife operate a 40-dog mushing kennel in Willow, Alaska, called Team Ineka. They can often be seen at local races and leading expeditions in the Alaska backcountry with outdoor leadership students at the University of Alaska. Robert is the producer of Dog Works Radio that has been on the air since 2009 and is currently simulcast on a local radio station, KVRF in Palmer, Alaska.

Host, Alex Stein’s Bio: Alex M. Stein is a writer, documentary filmmaker, and storyteller living in Los Angeles while pining for the Northern Lights. He is the author of the personal essay collection NO, MR. BOND, I EXPECT YOUR DREAMS TO DIE and directed the Iditarod documentary MUSH. He was married in Alaska, above the Arctic Circle, at the northernmost saloon in the world, by the bartender. Alex has been a host on Dog Works Radio since 2012 and he can be heard on our mushing broadcasts and during our annual nightly Iditarod coverage each March. Links and Resources Mentioned:

Thanks for Listening! We appreciate your visiting our site today and for help in bringing awareness to the Dog Works Radio podcast.

Help us spread the word! We would love if you could please share #DogPod with your Twitter followers.