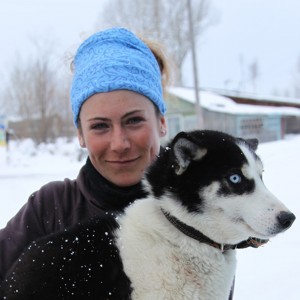 Strecker, a native of Germany and a PhD student in Anthropolgy at the Univeristy of Alaska-Fairbanks is also a musher and partipiates in a very cool race in Russia. Working in Kamchatka (Russia) for over ten years, there she became interested in local native sled dog keeping and mushing. In 2011 and 2012 she participated in the Kamchatka Traditional Long Trail Race “Beringia”.

“The Beringia is not just a race, it is a great story about dogs, native people and the North of Kamchatka,” says Strecker.