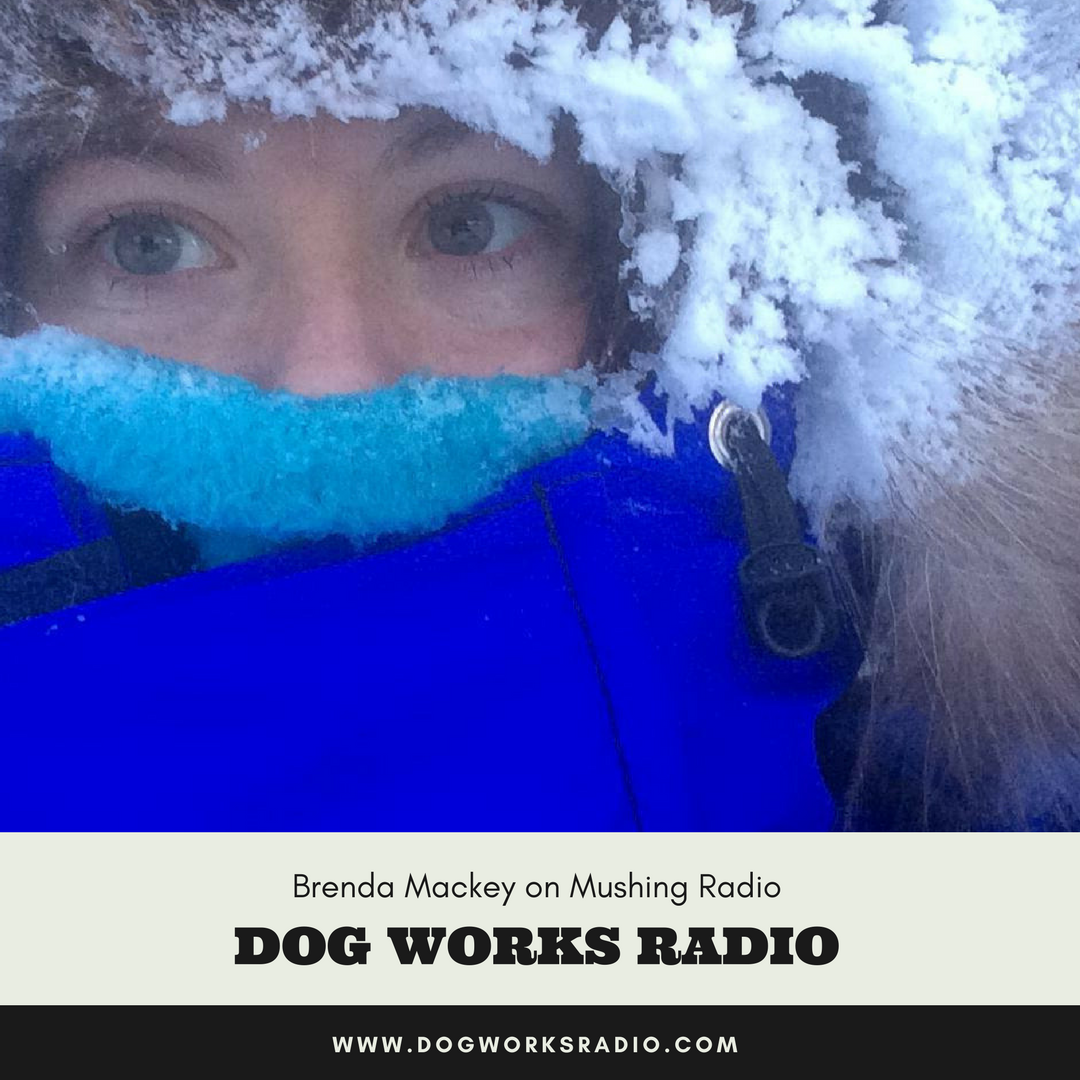 Join host, Robert Forto as he welcomes dog musher, Brenda Mackey to Mushing Radio. Mackey has been a dog musher since she was a little kid and grew up in a famous mushing family. We get a chance to talk to her about how she got started in the sport and what she is doing today.

Brenda spent the majority of her childhood years in the “bush” outside of Trapper Creek, Alaska where her parents, Rick and Patti Mackey, owned and operated Mackey’s Happy Dog Kennel. She entered and won her first dog race at three year’s old, racing in the one-dog class. Rick primarily supported the family through race winnings and dog sales. Chasing a longer mushing season and more manageable annual snowfall, the family moved north to Nenana, Alaska in 1990.  Throughout high school Brenda chose to homeschool in order to devote as much time to the family dog kennel as possible, following her passion. By the age of 14 she was responsible for training the kennel’s yearling team, booking and guiding spring tours, the endless list of kennel chores, and helping her dad train for his major races like the Iditarod and Yukon Quest. At the age of 19 she became one of the youngest women to complete the 1000-mile Yukon Quest International Sled Dog Race. In 1999 Brenda was given the title of Youth Ambassador for the Yukon Quest and traveled to Spain and France to speak about the race. Brenda graduated with honors from the University of AK Fairbanks with a B.A. in both psychology and Sociology in 2007.

Will and Brenda met and fell in love during the summer of 2000 working as sled dog tour guides for Alaska Icefield Expeditions. After a summer of fun and hard work on the Mendenhall Glacier, Will chased Brenda north to her hometown of Nenana, Alaska. Their dream of building a competitive sled dog racing kennel was set in motion. However, building a competitive kennel wasn’t just a dream, they had a plan. For close to 10 years Will and Brenda focused on life goals outside of working with sled dogs including earning college educations and raising their beautiful daughter, Isabel, to an age where she could actively partake in raising, training, and racing sled dogs with her parents. In 2011 they began breeding dogs, although breeding dogs was nothing new to Brenda; she merely picked up where she had left off in 2000, utilizing bloodlines she had grown up with from her parent’s kennel. Brenda’s parents, Rick and Patti Mackey, continue to maintain a 20-dog kennel of superior lineage at Mackey’s Happy Dog Kennel in Nenana, Alaska.

After raising puppies for a year at a rental property on the outskirts of Fairbanks, Will and Brenda found a fantastic mushing property along the Yukon Quest trail in the mushing mecca of Two Rivers, Alaska during the summer of 2012. In two short years of racing Will, Brenda, and Isabel have put together a string of wins and top finishes racing young dogs they have bred and trained at their kennel, Mackey’s Alaskan Distance Dogs.