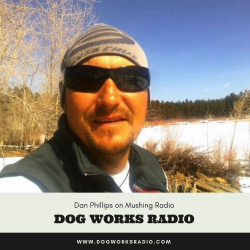 Join host Robert Forto as he talk with dog musher and tour operator, Dan Phillips on this episode of Mushing Radio.

On this episode we talk about the tourism business with sled dogs and the news of ‘Best Practices’ at sled dog kennels that is being considered at the Iditarod Trail Committee and throughout our mushing community. 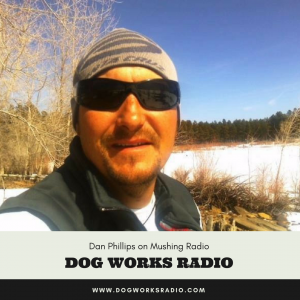 I was born and raised in Northern Idaho in a logging and horse family. I moved out to Colorado to chase my dreams of being a guide. I was skiing in the backcountry near Aspen Colorado when I seen teams of sled dogs traversing across the mountain. I followed the tracks back and set myself up for a job As a dog sled musher the following season.  I did one season for krabloonik in 1999.  I fell in love with dog Sledding and the dogs immediately.  The following season I signed on for a apprenticeship for a lower 48 Iditarod racer. I spent five seasons as a apprentice learning all aspects of dog Sledding for distance training.  I also did tours when not training or preparing for the Iditarod.  I got married and bought 9 of the sled dogs from the Kennel I worked at and moved back home to North Idaho and started a expedition company doing dog Sledding vacation packages and working with at risk youth teaching dog Sledding.  The economy crashed and we sold the business in 2010. I was out of dog Sledding and read about the trouble the krabloonik dogs were in and I have always thought of those dogs where I got my start. I offered to volunteer to care for the dogs when the previous staff walked out and I was offered the Kennel manager position and then soon after purchased the business. My wife and I now own and operate where I originally fell in love with dog sledding.