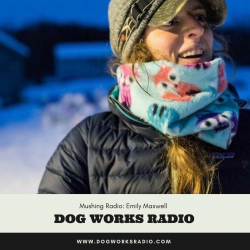 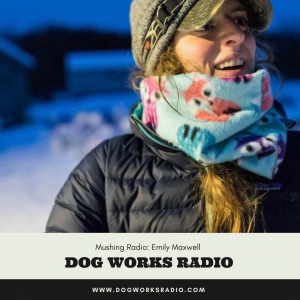 Emily Maxwell, 33, was born and raised in Iowa. She grew up in Iowa City where she earned degrees in Spanish, Journalism, and Literary Translation at the University of Iowa and worked as a Pilates instructor and bartender. She has seen her fair share of adventure, including running with bulls, skydiving, working as a long-haul trucker and racing in triathlons. After recovering from a severe burn injury sustained in 2013, she traveled to Alaska, seeking the therapy that nature and its wide open spaces has to offer. While traveling she met Iditarod veteran Nicolas Petit and soon after, she moved to Alaska to begin her mushing life with him. She worked as a dropped dog volunteer in 2016 and 2017, gaining valuable experience working with dogs and other volunteers on the trail. She is honored to run her rookie Iditarod alongside many Alaska friends and Iditarod veterans.
Favorite Quote:

Let’s pretend this coffee is champagne.