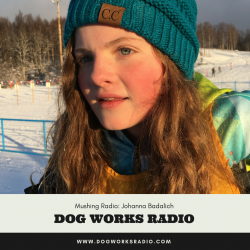 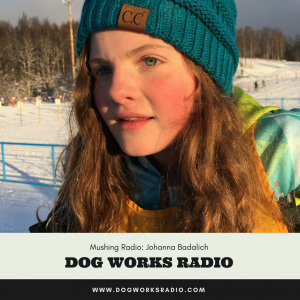 Bio:
When Johanna Badalich (buh-DAH-lich) was 7 she got a kicksled for Christmas and hooked up her dogs Buddy and Yeti and cruised the local trails with her family. Her family adopted a couple retired sled dogs through August Fund and her first race was at Tozier track at age nine running two dogs she borrowed from Lois Rockcastle and Eric noble. Her second race she wanted to include her dog Polar on her team and when her mom suggested he might be too slow, Jo quipped, “You know, Mom… Winning isn’t everything!” This attitude impressed her parents as did her consistent care for her dogs. With the support and inclusiveness of the family mushing community the Badalich’s went all in with their new family sport and started a kennel and named it “Second Kennel…because winning isn’t everything”.
Johanna races Toziar, Chugiak and Montana Creek junior races and has won Junior World Champion 3 times.
March 2018 marked Johanna’s international dog mushing debut winning 3 gold Ulus for Team Alaska at the Arctic Winter Games at Hay River, Northwest Territories Canada.
On this episode we discuss: