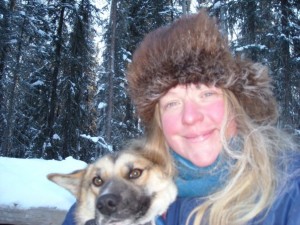 West of Two Rivers, Alaska is known by her nickname, Abbie Quest for a reason. She is intent on winning the Yukon Quest a 1,000 mile sled dog race that is run between Fairbanks, Alaska USA and Whitehorse, Yukon Territory, Canada each February. Some will say it is the toughest sled dog race in the world. West ran the YQ for the first time in 2000 and regularly since 2010.

On this episode we talk about trapping dogs, running the Yukon Quest, getting ready for the upcoming training and how to function on just four hours of sleep a day!