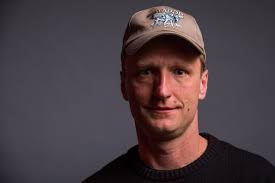 On this episode we talk to Bejna about running the Iditarod as a rookie, having to scratch from the race, his dogs, preparing for the upcoming Iditarod and never giving up.

Bejna a musher from Illinois is attempting is second Iditarod in 2014. He spends his time in his home state as the owner of a landscape company while his dogs enjoy the summer exercise on one of the glaciers in Juneau. In the winter months he runs his dogs on the historic trails around Knik, Alaska.