On this special “howliday” edition of The Sibe Vibe, host Dorothy Wills-Raftery is speaking with Lance Laureys, founder and president of Forever Husky rescue, and joining Lance is Julie Lesch, board member and Co-Director of Fundraising, Events & Social Media. Forever Husky is located in Crystal Lake, Illinois. During this show, we will be talking all about the rescue; how folks can help Huskies in need not just during the holidays, but every day; and about Forever Husky’s new “Be a Santa Paws: Sponsor a Forever Husky for the Howlidays” program, where folks can make the season bright by playing Elf for a Husky in need! 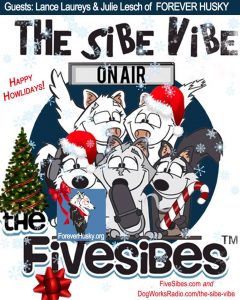 A little about our guests:  Lance Laureys, founder & president of Forever Husky. While serving as a passionate volunteer to help the many dogs at a local Husky rescue, he discovered that the public really didn’t understand the Husky breed. It was clear to him that people interested in adopting Huskies, liked their look, but that they had no idea what they were getting themselves into. As a result, Forever Husky was born to educate the public about what it really means to own a Husky—from typical traits to training to nutrition to veterinary care. 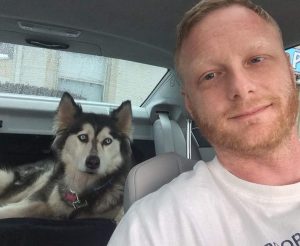 After a year of educating the public, Lance and the Forever Husky volunteers decided to take the rescue to the next level. After becoming a qualified non-profit, Forever Husky began rescuing Huskies, advancing opportunities to educate about the breed and support the community, adopting to qualified homes and listening to how they could improve. In Lance’s spare time, he enjoys boating, 4-wheeling, dinners out, landscaping, cars, driving, and spending time with the horses. Ever since he was a kid, he’s been surrounded by dogs and horses and knows the ins and outs of what it means to provide quality care for them. His mottos are: “Do it right the first time” and “Chop Chop” (meaning get ‘er done). His family and friends would characterize him as compassionate. They say he would give you the shirt off his back and help everyone out if he could. And, he does!  Julie Lesch, volunteer Board member and co-director of fundraising, events, and social media. Julie is primarily responsible for public relations, branding, graphic design, marketing, advertising, and all the analytics that go along with it. 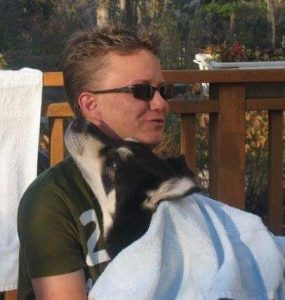 Julie started in rescue in 2008 doing transports for various rescues. Feeling that she could do more, in 2011, she joined the rescue where she and her wife had previously adopted their two Husky-mixes. They added a third Husky-mix to the family later that same year. While in that role she worked with a team of adoption coordinators and completely revamped the entire adoption application process from submission through scheduling and focused much effort on improving the rescue’s presence on social media. Still feeling that there were opportunities to improve, she joined Forever Husky in 2014. Because it is Forever Husky’s mission to help Huskies and support, as well as educate, the community and because Julie believes that “when you know better, you do better,” it was a perfect fit. Links for Resources in this Show: Forever Husky website: www.ForeverHusky.org Forever Husky on Facebook: https://www.facebook.com/foreverhusky.org Forever Husky on Twitter: @ForeverHuskyInc FiveSibes website: www.FiveSibes.com FiveSibes blog: https://FiveSibes.blogspot.com FiveSibes: Siberian Husky K9 News & Reviews on Facebook  https://www.facebook.com/FiveSibes FiveSibes on Twitter: @FiveSibesMom Host, Dorothy Wills-Raftery’s Bio: Dorothy Wills-Raftery is an award-winning photojournalist and author of EPIc Dog Tales: Heartfelt Stories About Amazing Dogs Living & Loving Life With Canine Epilepsy; the FiveSibes™ Tales children’s books What’s Wrong With Gibson? Learning About K-9 Epilepsy and Getting Healthy With Harley: Learning About Health & Fitness; and Buddy, the Christmas Husky~Based On A True Holiday Miracle (ArcticHouse Publishing). She is the creator, writer, and photographer of her award-winning international FiveSibes blog. Dorothy and her Siberian Huskies have been featured in American Dog Magazine, and her work has appeared in American Pet Magazine, Ruff Drafts, The Sled Dogger, and Kings River Life Magazine. She is a regular author contributor to the 4Knines blog and Hudson Valley Paw Print Magazine. Dorothy is the writer and host of  “The Sibe Vibe,” which debuted on Dog Works Radio in August 2012, where the motto is, “If it’s about a Siberian Husky, we’ll chat about it!” Named “Best Author” in 2015 & 2016 by Hudson Valley Magazine, and all four of her books named “Best in Print” by American Pet Magazine, Dorothy is a 5-time Dog Writers of America Association “Excellence” nominee, including a nod for “Excellence” for the “Talking Canine Epilepsy” episode of The Sibe Vibe featuring Dr. Karen Muñana and Julie Nettifee of North Carolina State University College of Veterinary Medicine. In 2016, Dorothy was awarded the prestigious Maxwell Medallion for her blog article on rescue dogs in FiveSibes. Her book, EPIc Dog Tales: Heartfelt Stories About Amazing Dogs Living & Loving Life With Canine Epilepsy was selected as the NYC Big Book Award for 2017 in the Pet Category. An official International Purple Day® for Epilepsy Ambassador since 2012 and a volunteer case manager for The Wally Foundation-Canine Epilepsy, Dorothy is the creator of the FiveSibes #LiveGibStrong K-9 Epilepsy Awareness and educational campaign inspired by her own Epi-dog, Siberian Husky, Gibson. In addition to her Siberian Huskies, Dorothy shares her home with her husband, daughter, son-in-law, new grandson, and an adopted feral kitty. You can follow Dorothy and her FiveSibes on social media over on their website at www.FiveSibes.com and at FiveSibes: Siberian Husky K9 News & Reviews on Facebook. Thanks for Listening! We appreciate your visiting our site today and for help in bringing awareness to the Dog Works Radio podcast. Please leave an honest review for Dog Works Radio on iTunes. Ratings and reviews are extremely helpful and greatly appreciated! They do matter in the rankings of the show. Finally don’t forget to subscribe to get automatic updates! It’s free! Subscribe and Listen on iTunes 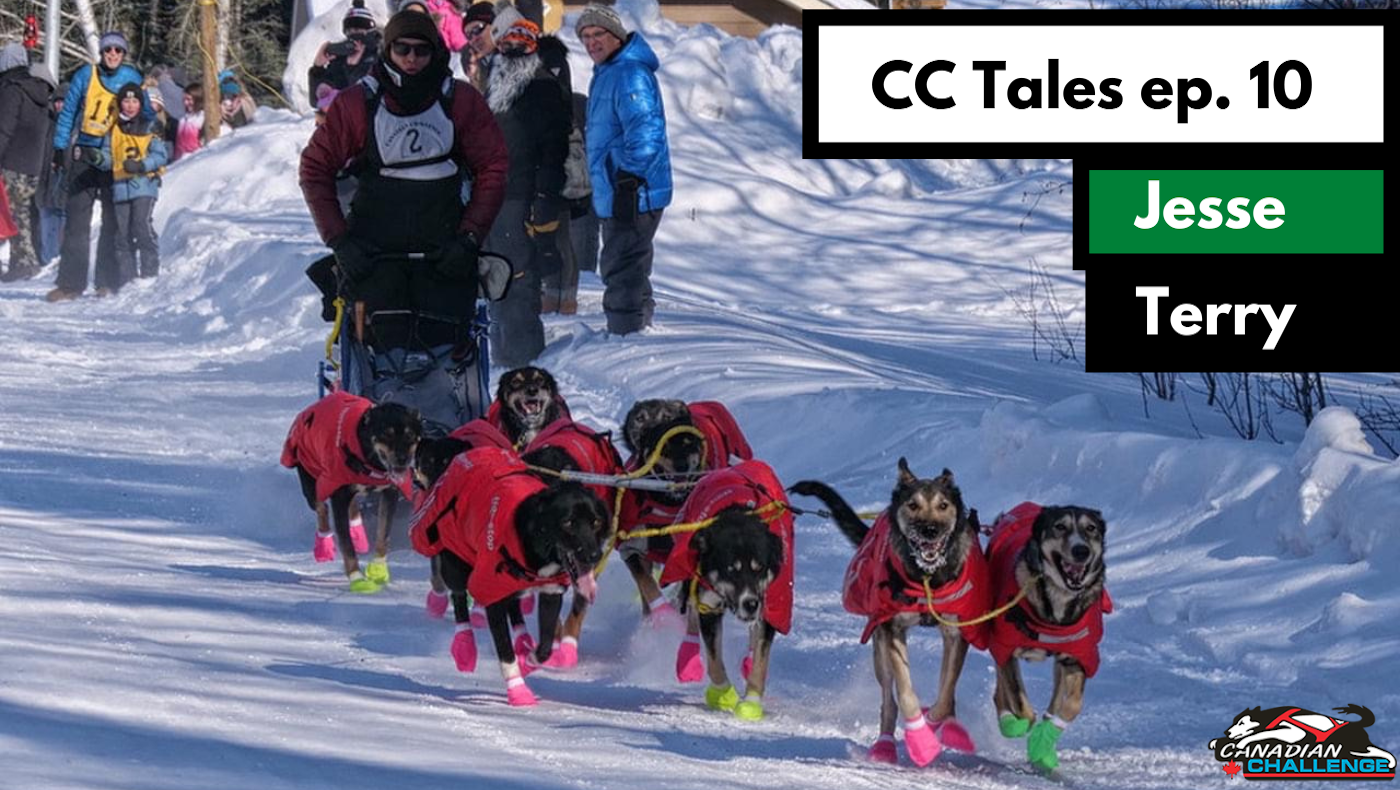 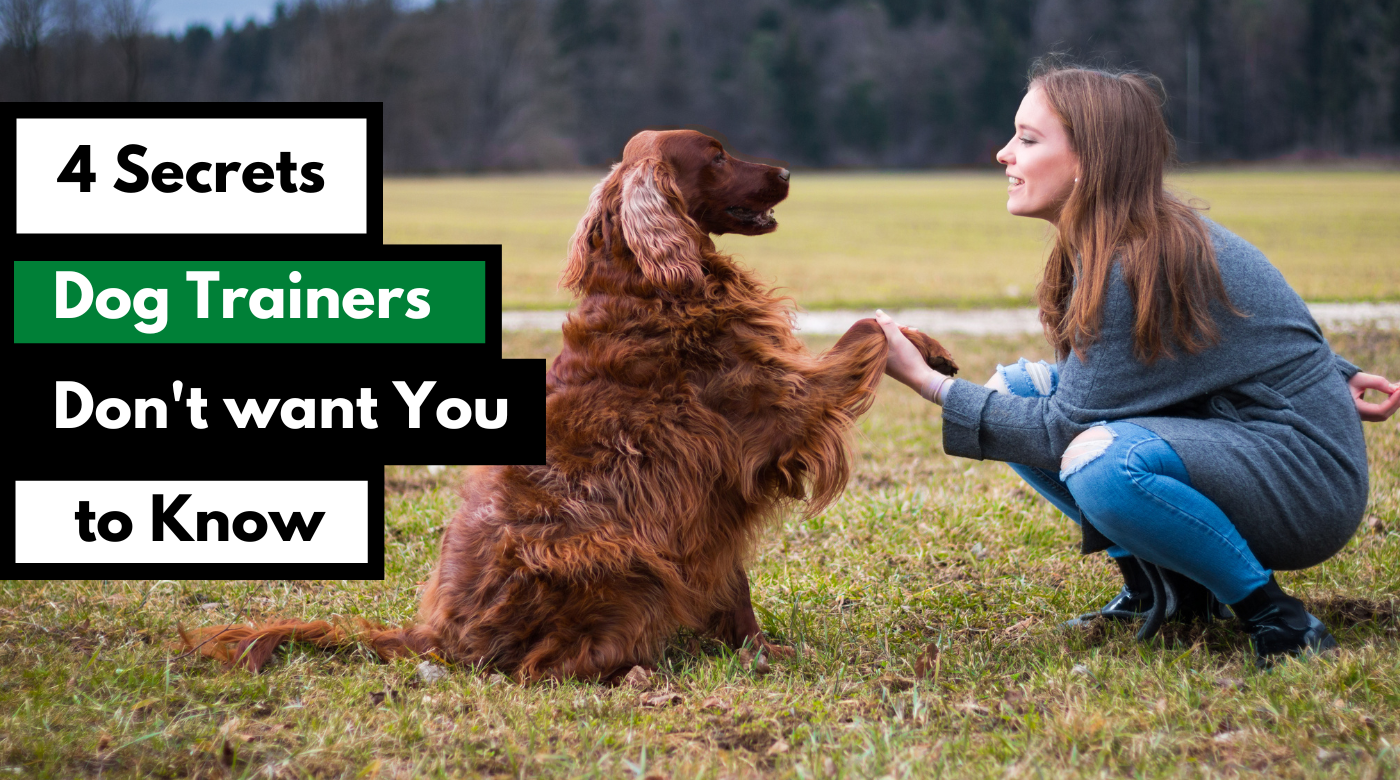 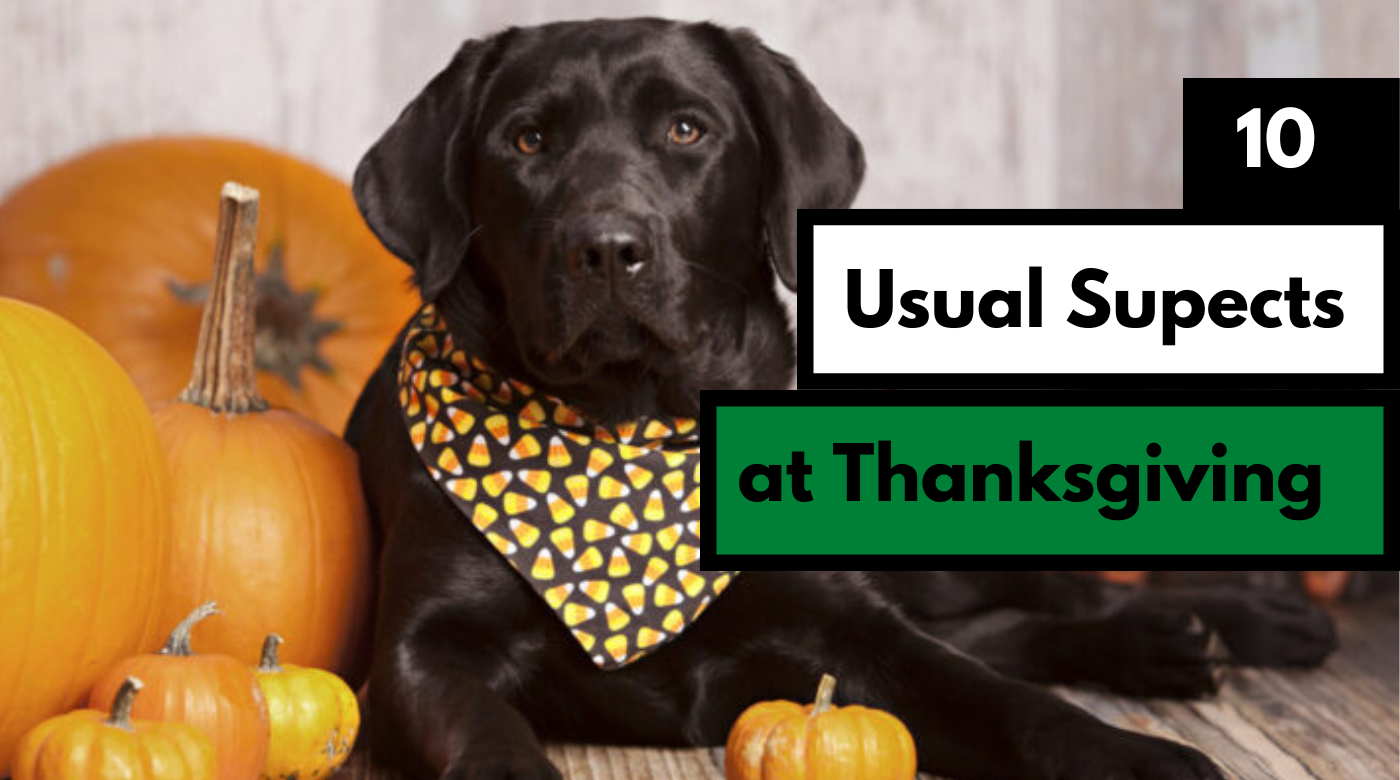 Paws Up! 10 Usual Suspects at Thanksgiving & How to Save Your Dog From Them 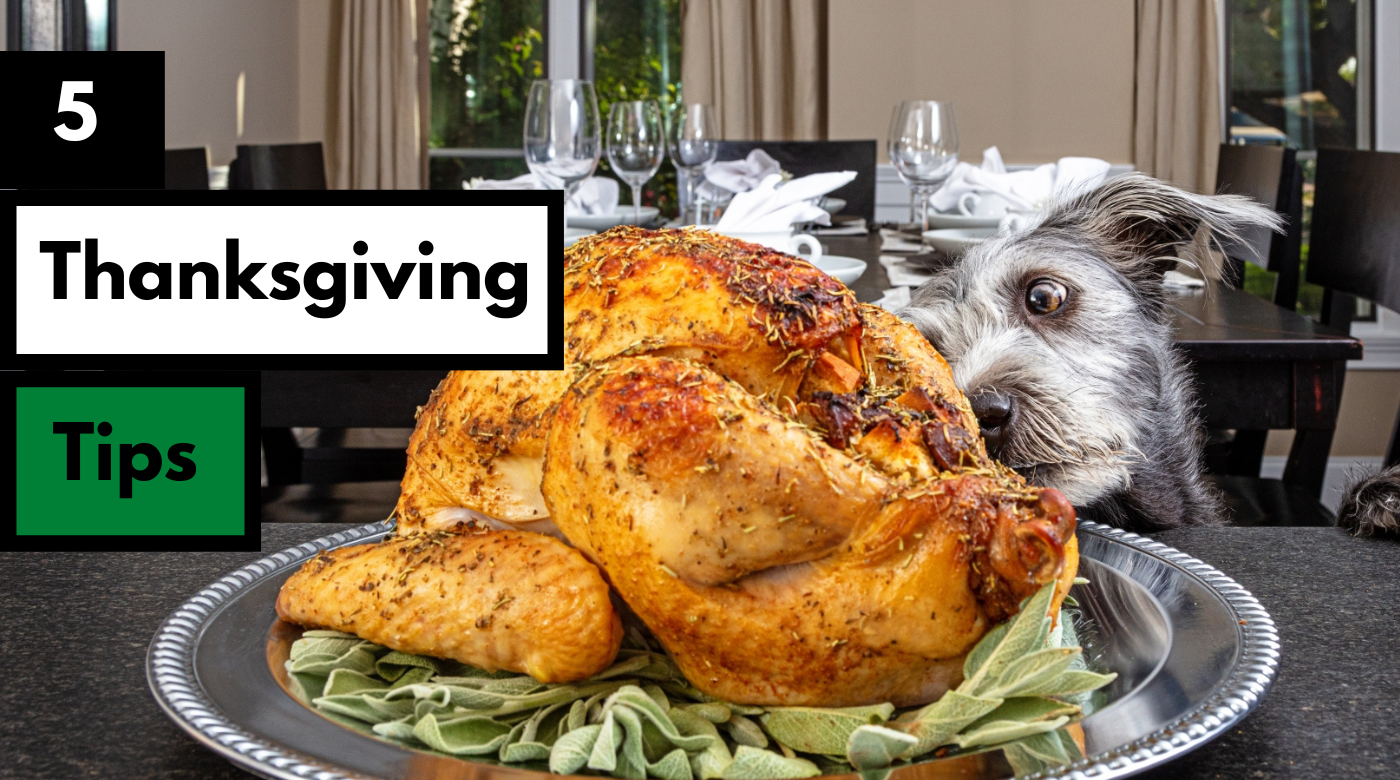 5 tips for keeping your dog out of trouble on Thanksgiving

Paws Up! 10 Usual Suspects at Thanksgiving & How to Save Your Dog From Them

5 tips for keeping your dog out of trouble on Thanksgiving