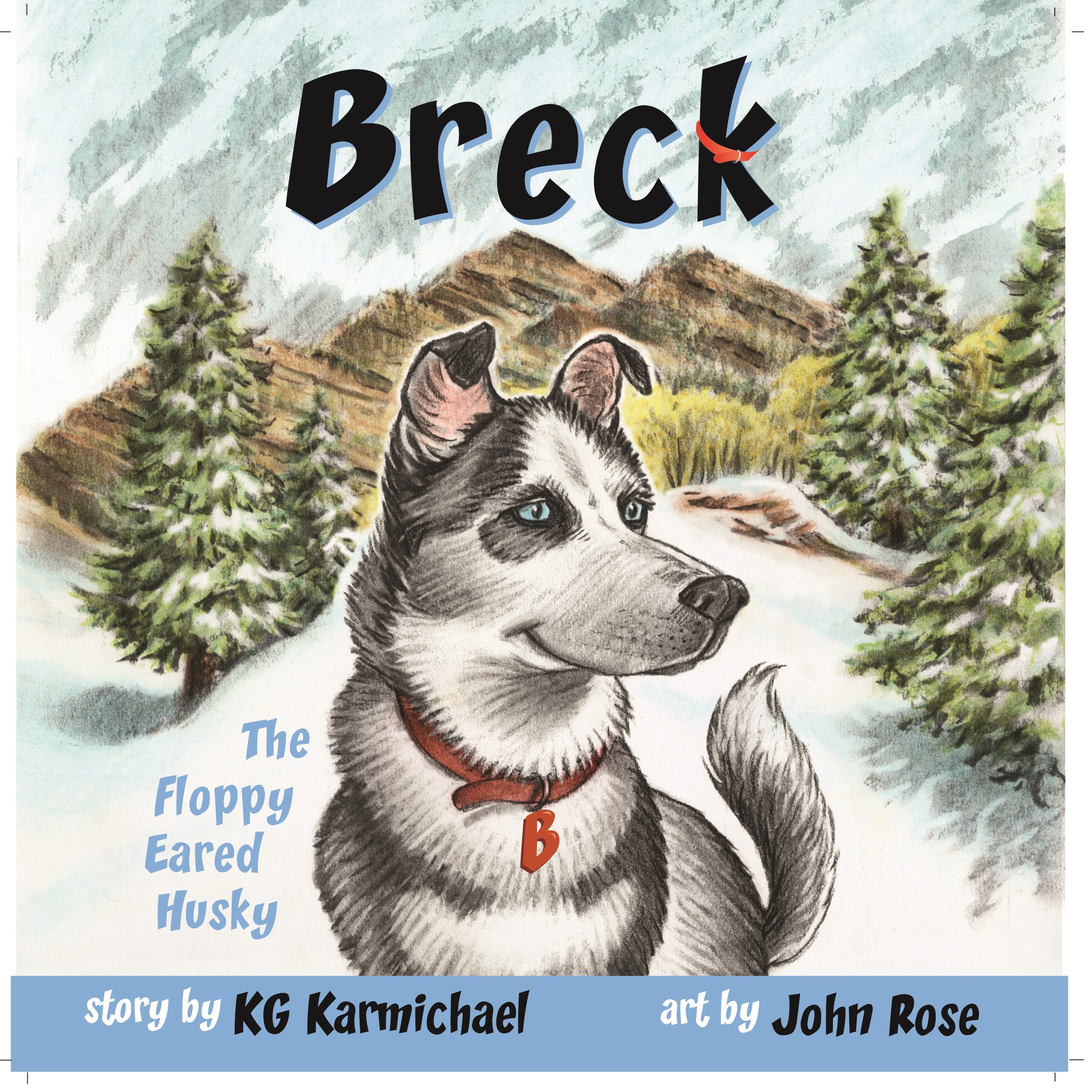 Breck the Floppy Eared Husky tells the story of Breck, the only male of the litter from prize-winning sled dogs at Earl’s Husky Ranch in the Colorado mountains. Because of his small stature and unique imperfection – big floppy ears instead of straight, pointed ones – Breck is passed over for a chance to prove himself as a Husky sled dog. When thieves strike, stealing Breck’s pack and the other dogs at the ranch, he is faced with the task of rescuing them. Breck’s journey to find the dogs and the friends he meets along the way – Merlin the Magic Cat and an old yellow Labrador named Skeet – weave an adventurous rescue mission full of adversity and triumph.
Karmichael is an animal welfare advocate and partial proceeds from sales of the book will be donated to the prevention of dog abuse and abandonment (specifically towards Husky abuse and abandonment).