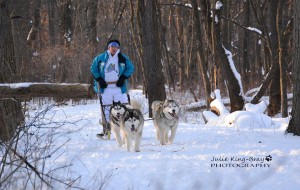 Mushing Radio is part of the Dog Works Radio Network and airs live on Wednesdays at 7pm Alaska Time on KVRF 89.5 FM in Palmer, Alaska.

On this episode we talk about the new Heartland Mushers Association, pets as therapy, mushing in the midwest and more! 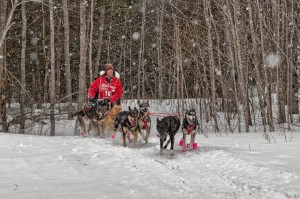 On this episode we talk about living off the grid, preparing for the Yukon Quest, home-schooling and chasing mushing dreams. 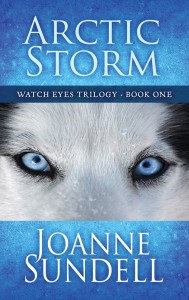 Arctic Storm is the first in the Watch Eyes Trilogy. The book will be released September 24, 2014. 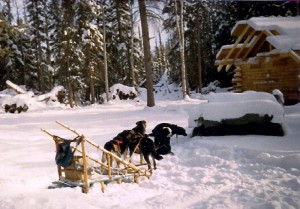 Highcamp arrived in Alaska with little more than spare change and a old pickup to Alaska in the 1980s to take part in the state’s homesteading program. Over the next 30 years the stories in Building Alaskan Dreams, came to life through a lot of hard work, trial and error and sacrifice. 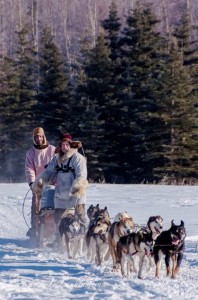 Join hosts Robert and Michele Forto as the welcome author and one of the finishers of the first Iditarod race, Rod Perry to Mushing Radio.

We will be talking about mushing history, the first Iditarod race, building sleds, and Rod’s books Trailbreakers Volume 1 and 2.

Here is a little about Rod:

I first came to Alaska 51 years ago. In 1970, while making my motion
picture Sourdough (eventually viewed by more theater goers and video
watchers, worldwide, than any other film feature ever made in Alaska) I
attended the Willow Winter Carnival. Before the sled dog race, I wandered
over to a group standing on the lake ice. The men included Dan Seavey, Tom
Johnson, who would go on to cofound the Iditarod with Joe Redington, and Joe
himself. The topic of their conversation soon had me almost levitating. They
were planning a daring experiment, the test drive of a revolutionary new
concept in sled dog racing. It was to be man and team against raw nature,
battling all that wild Alaska could throw against them from Knik to Iditarod
and return, a distance of over 800 miles. I was hooked. That led me to be
one of the founding drivers on the pioneering Iditarod in 1973.
Shortly after that trailblazing run, I had a second trailbreaker: I
wrote the first article about the race ever to appear in the international
periodical press.
Following that, I designed and produced the emblem that is the most
coveted patch in the North, the large Anchorage-Nome Iditarod Mushers patch,
to be worn exclusively only by those who have completed the Iditarod.
A few years later I received an appointment from the Secretary of the
Interior to the first Iditarod National Historic Trail Advisory Council.
In the winter of 1983-1984 I helped found the Yukon Quest sled dog
race. Along with Father of the Quest, Leroy Shank, cofounder Roger Williams,
and Bud Smyth, we drove to Whitehorse to break the news to the Canadians
about what we were planning. On the way over and back, we created most of
the main rules that characterize that race to this day.
In the mid-1980s I sold my team to concentrate on my Bristol Bay
gillnetting business, work with the Alaska Department of Fish and Game, and
with my wife Karen, raise a family of five children.
But the Iditarod was never far from my sentiments. In 2005 I came
back. It began as I combined intimacy in both Iditarod Trail and Race
histories with my natural love for storytelling, resulting in the two-book
set, TRAILBREAKERS Pioneering Alaska’s Iditarod. Volume I deals with how the
trail was born, Volume II tells of the founding of the race and the
pioneering run. I sell those books to summer visitors from my downtown
Anchorage kiosk on 4th and E. Streets and from my website, www.rodperry.com
Since writing the books I have been getting more heavily involved with
the race. Twice I have lead the Ceremonial Start out of Anchorage,
performing historic reenactments. Just this past month, we led the
procession using the 17-foot-long freight sled that Cliff Sisson (Iditarod
’79), my brother Alan Perry (Iditarod ’75, ’76, ’78) and I had built. With
1984 Iditarod Champion Dean Osmar on the back driving his team, and me in
front of the sled on the ouija (wee-gee) board and gee pole, we reenacted
the famous Wells Fargo Express Gold Train that yearly mushed the gold from
Iditarod out to Seward over the Iditarod Trail.
At present I am constructing another large sled, this one about 15 feet
in length.