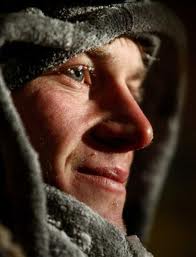 We entreated the regular programming at KVRF 89.5 FM in Palmer, Alaska to bring a special report to carry live reporting of the 2012 Iditarod and the historic win by Dallas Seavery. We gave a play-by-play style report talking about what it is like at the finish line in Nome.

Musher Dallas Seavey (Bib # 34) arrived in Nome, Alaska and crossed under the burled arch at 19:29 Alaska Time with 9 dogs on his team claiming his first Iditarod Championship. Thousands of fans lined the street to greet the youngest person to have ever won the Iditarod Trail Sled Dog Race.

Seavey now holds the record for being the youngest person to have won the Iditarod.  Seavey turned 25 years old while on the trail.  The previous record was held by Rick Swenson since 1977, when he won his first Iditarod at the age of 26.

Dallas Seavey comes from a family with a long line of Iditarod finishers, including his father, Mitch, who won in 2004. Dallas was a third generation Seavey to be running in the 2012 Iditarod along with his father Mitch Seavey and grandfather, Dan Seavey – both still making their way to Nome. 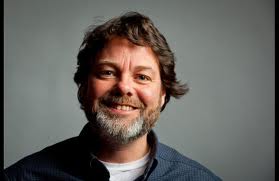 On today’s show, hosted by Robert Forto and Alex Stein it was all about the build up to the finish. We spent the half hour talking about mushing pedigrees, sportsmanship and the upcoming win by the youngest Iditarod musher in the 40 year history of the race: Dallas Seavey.

We also profiled Bruce Linton. Linton a type-1 diabetic has a very special story in the world of mushing.

Continue the conversation on our Facebook page and be sure to “like our page and you will be entered to win an advance copy of Alex Stein’s documentary about the Iditarod, Mush! The Movie