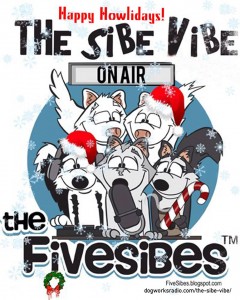 On this edition of The Sibe Vibe hosted by Dorothy Wills-Raftery, our guests, Steven and Kassia Fontenot, are the hu-parents to rescued Siberian Husky Bellin, who many are familiar with from his Bellin Bellin Facebook page. Bellin was an abused dog who eventually became a community action criminal abuse seizure performed by Animal Control. Once rescued, healed, fostered, and adopted, Bellin is now a beautiful healthy, happy therapy Husky who just recently became a nationally registered pet therapist, who brings smiles to the face of children, adults, and the elderly. 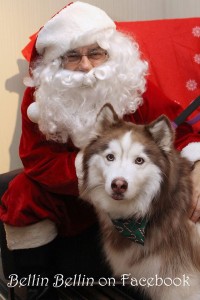 On the page, under his Facebook page, here’s a link for a fundraiser he’s doing too: http://www.firstgiving.com/fundraiser/kassia-kubena/elreyfido2015. 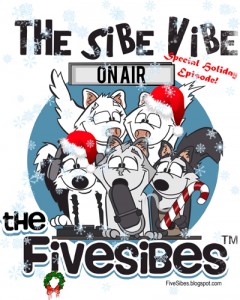 Join host Dorothy Wills Raftery as she welcomes Buddy the Christmas Husky and his foster mom, Shay to the Sibe Vibe.

Buddy the Christmas Husky has a story that will pull at your heartstrings and put joy into your heart. This is a show that is in the true spirit of Christmas and one that you won’t want to miss.

On this show, not only do we share Buddy’s amazing story but also a message;

“Just remember me when you see the next “mangy mutt” on the side of the road. Instead of blowing your horn or shooing me away, pick me up and offer your kindness and help! The world can be a better place with one act of kindness which leads to others. After all look what happened to me.” Buddy, the Christmas Husky “Roo, Roo, Roo!”

Check out the Five Sibes