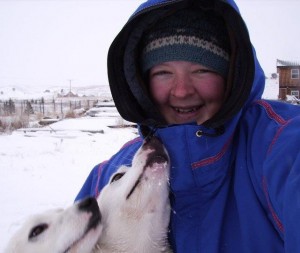 Running the Junior Iditarod in 2009 and a musher since she was a young girl, she finds inspiration in talking to kids about chasing their dreams, no matter what they are.

Hart, is active not with just sled dogs. She is also a breeder and exhibitor in AKC events with her Labrador’s and is an avid SCUBA diver and loves to kayak.