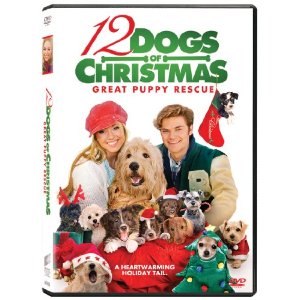 Kragen’s new movie is 12 Dogs of Christmas-Great Puppy Rescue. The film is a tail follows 17-year-old Emma O’Conner (Danielle Chuchran) and her friends in their race against time and impossible odds to rescue the local puppy orphanage from an unscrupulous tycoon (Sean Patrick Flanery).

Kragen is best known for his work as the producer of We are the World, and Hands Across America and has been involved with of the who’s who in Hollywood and music. In this episode Kragen shares with us a story about how the famous We are the World was made and even a cool story involving Stevie Wonder and Lionel Richie.

In this episode we delved into the fasniating behind-the-scenes world of filmmaking and it turned out to be one of our best shows yet! If you are a film buff this is a show that you will not want to miss.

Of course we talk about dogs, lots of dogs! Up to 100 dogs were in the movie and our guest tells stories about how they worked with all these canine friends.

Buy the film 12 Dogs of Christmas